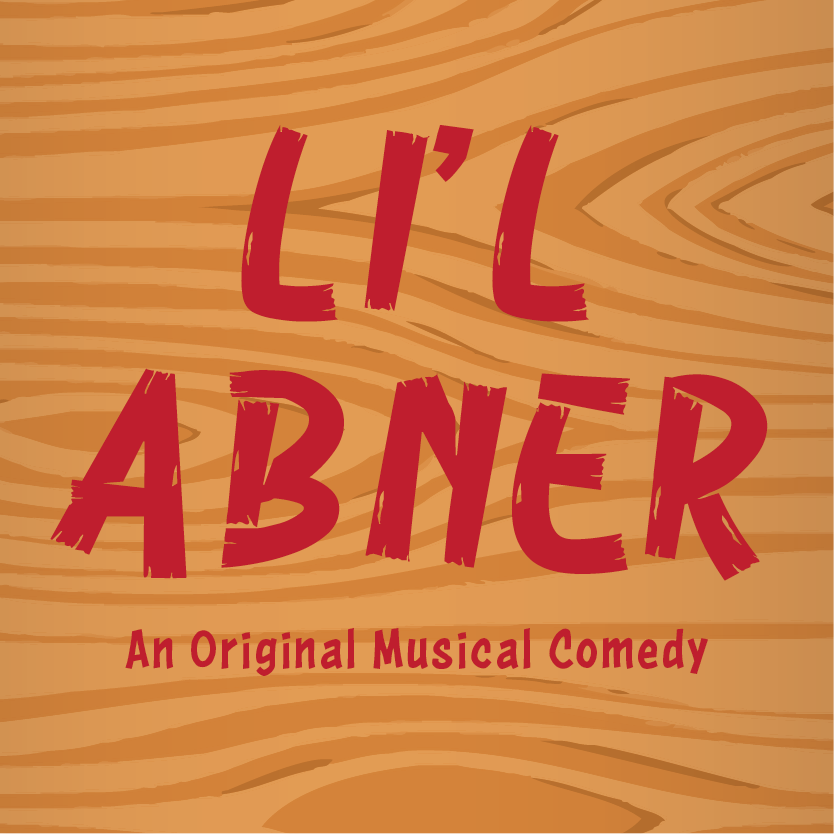 Congratulations to the following individuals!  If you have been cast in Li’l Abner, please make sure to complete the Acceptance Form (click here) before Sunday, March 27th @ 6:00pm.

It’s a typical day in wretched and picturesque Dogpatch, USA, and the local yokels are up to their usual tricks: brewing moonshine, cuddling pigs, and collecting unemployment. Beautiful Daisy Mae is pining after strong handsome Li’l Abner, an unsentimental youth who escapes her pursuit to go fishing. But when Dogpatch is chosen for an atomic test site, and Daisy Mae is claimed in marriage by dirty wrestler Earthquake McGoon, Li’l Abner has to step up and fight for the things he doesn’t know he loves. Guided and guarded by traveling preacher Marryin’ Sam, Li’l Abner travels to Washington, DC, where he tangles with a gaggle of goofy scientists, unscrupulous capitalist General Bullmoose, and scheming minx Appassionata Von Climax. Experience the suspense of a Cornpone Meeting, the romantic free-for-all that is the Sadie Hawkins Day race–where the girls put on their running shoes to catch themselves a groom–and the shenanigans that ensue when a snooty Washington, DC, engagement party is invaded by Hillbillies. Based on Andy Capp’s beloved comic strip, with clever book by Norman Panama and Melvin Frank, and catchy score by Johnny Mercer and Gene de Paul, Li’l Abner is a rousing, bombastic, tuneful American musical, which is equal parts slapstick comedy, knowing government satire, and tale of young love.